Gentle Reader, I thought you might like to read the official announcement of the Parasol Protectorate deal. It appeared recently in the PW Lunch as follows . . .

Film
NYT bestselling author Gail Carriger's SOULLESS, a humorous Jane Austen-style steampunk fantasy about an avowed spinster who, being soulless, can negate supernatural ability and is thus shunned by London's society vampires until one rudely attacks her, upsetting the social balance and revealing a dark cult, to Parallel Films with screenwriter Ted Elliot (Pirates of The Caribbean and Shrek) attached, by Kristin Nelson at Nelson Literary Agency, Michael Cendejas of Lynn Pleshette Agency, and Wayne Alexander of ANLF.

Others discuss the option.

And now I have a novel to write and edits incoming. Next week looks to be busy in that typeity-clackity staring-at-screens kind of way. An author's life is so much frantic on the inside, stationary on the outside. No wonder we have a well deserved reputation for going insane.

PROJECT ROUND UP
Prudence ~ The Parasol Protectorate Abroad Book the First:

BIG FAT SPOILER ALERT on the Parasol Protectorate series! Really, DON'T READ THE BLURB ON AMAZON if you haven't read the other books first! 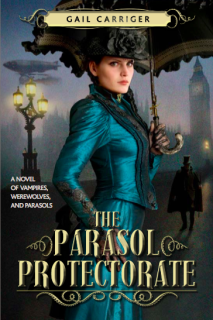 The Omnibus hardback editions are limited run through the SciFi Bookclub only.

The manga editions, Vol. available in print, Vol. 2 by subscription to YenPlus. 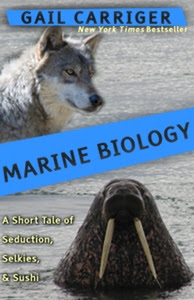 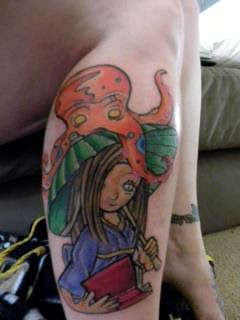 Quote of the Day:
"Not only did Isabel frequent Turkish baths and spend days on end in harems, but she had taken to smoking the narghileh, or water pipe. Her fondness for wearing man's dress when she went traveling with Richard, especially, was considered not just eccentric, but thoroughly reprehensible."
~ Famous ambassadress Isabel Burton or Brazil and Damascus in the 1860s, about whom a movie would be wonderful